Financial company Sequoia (ASX:SEQ) was the top ASX stock among those which released their quarterly reports or other financial updates this morning.

ASX companies have to lodge quarterly reports by the last trading day of January, April, July and October.

If they don’t they risk suspension and consequential panic and anger from shareholders.

While it noted the March quarter was positive, what drew investors’ attention may have been its updated guidance.

In February Sequoia estimated $110 million in revenue with earnings of $7 million. It now expects earnings to be between $8.5 million and $9 million and revenues could be as high as $120 million.

This would be a sharp increase from FY20 in which it only made $84.5 million in revenue and $4.82 million in earnings. 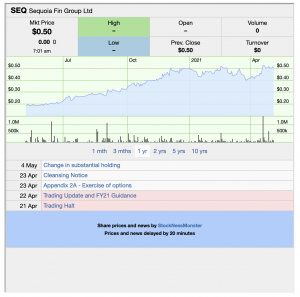 The geospatial analytics and data stock more than doubled its quarterly cash receipts from the last quarter, up to $1.37 million from $0.64 million.

It also reported a cashflow positive quarter of $0.21 million.

Pointerra says the continual recovery from COVID-19 in many of its key clientele sectors is driving demand, particularly in construction and oil.

Shares are over 10 times higher than a year ago, having begun to take off in July last year when tech entrepreneur Bevan Slattery made an investment into the company. But shares grew another 16 per cent today. 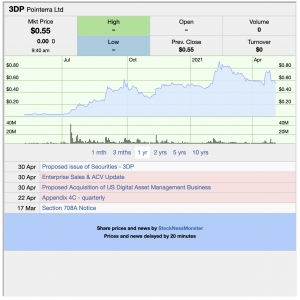 The smartwatch company reported 110 per cent year on year growth in group revenue and a 72 per cent gain in app Annual Recurring Revenue.

It noted its Compound Annual Growth rate in the latter figure has been 273 per cent going back to the start of FY19.

SpaceTalk also reminded shareholders of its partnerships in the last quarter, most notably with Telstra, and that it won the prestigious Red Dot Design Award.

Nevertheless, its schools business revenue did drop from $0.9 million to $0.7 million in a move the company put down to a normalisation of SMS volumes after the uptick recorded when COVID-19 first broke out. 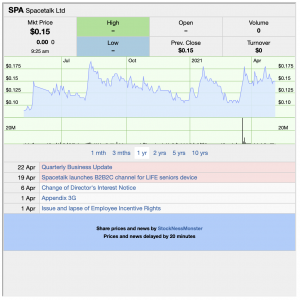 The data technology company saw an earnings uplift of 150 per cent and revenue spike of 25 per cent.

After recording negative operating cash flow of $1.3 million in the last quarter, Pureprofile turned it around to $794,000 in positive territory.

Its highlight of the quarter was its partnership with Flybuys, in which it will help Flybuys launch a new platform called Pureprofile perks which will enable Flybuys members to earn points by answering surveys.

The company reiterated this will create the largest insights panel in Australia and further drive company growth. 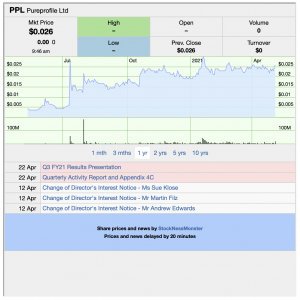 Rounding out the list was medicinal cannabis, CBD and hemp stock Bod which reported a 188 per cent increase in invoiced sales compared to the previous quarter.

The company credited the gain from $0.95 million to $2.74 million to the roll-out of its products in the European markets.

It also told shareholders it hopes to progress US market entry and continue to grow sales in Australia and the UK during this quarter. 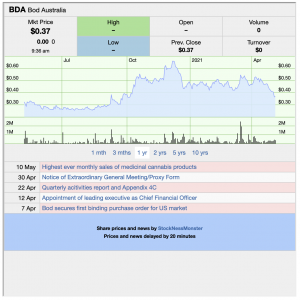