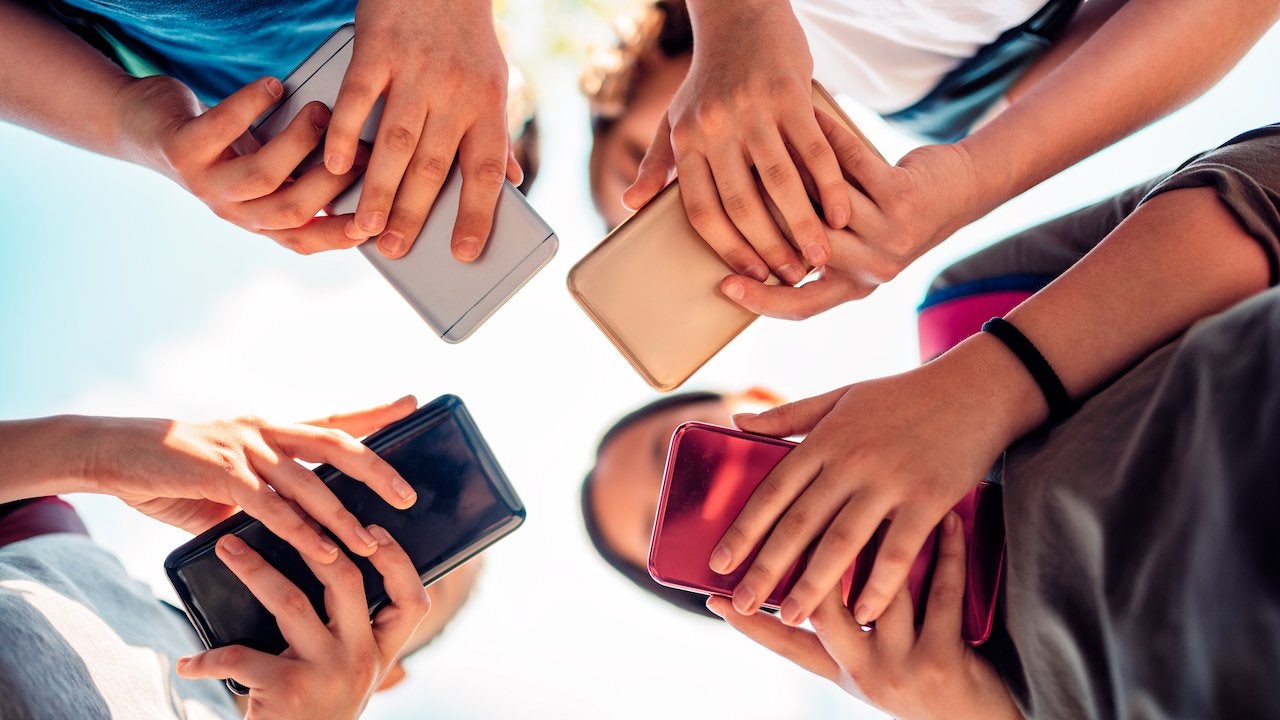 The Good and Bad of Giving Your Child a Smartphone

For as long as smartphones have been around, and even just standard mobile phones before them, there’s been a running conversation with parents about when it’s okay to give one of these devices to their child (for the sake of this article, we’re going to define “child” as being primary school age, or lower). Is it a matter of them reaching the right age or is it a case of them having developed the right level of maturity?

If you’re a parent who is currently sitting on the fence about whether or not it’s the “right” time to give your child a smartphone, we’ve broken down some of the pros and cons of giving them one.

This is probably the most obvious benefit of giving your child a smartphone. You’ll be providing them with a tool that they can use to contact you (their parent or guardian) or other trusted adults if they’re in an uncomfortable or dangerous situation. You’re also able to keep them updated about your own whereabouts, and/or if there are any changes to your pre-planned schedules. For example, you can let them know if you’re running a few minutes late to pick them up from school, or if they need to get a lift home with another parent.

It helps them stay connected

Giving your child a smartphone gives them the ability to connect and converse with their friends outside of school, while also giving them access to whatever piece of media is currently “in” at the moment. Having access to digital content, like Youtube, helps to keep them in the wider conversation with their schoolmates, which also helps to foster stronger bonds.

It can be used to teach them responsibility

Can your kid be trusted with a smartphone? At some point during our childhood, we all learn that we need to take proper care of our things – be it toys or clothing – and if we don’t take care of them, they can break. Smartphones can be fragile things, if treated carelessly, so teaching your child to value their possessions is an important life lesson for them.

Teaching your kid to respect and take responsibility for their possessions, along with the possessions of others, is a good way to teach them right from wrong, while also building a better sense of empathy for others. If your child is also on a pre-paid plan or a plan with a strict data cap, it also teaches them the value of self-control by being smarter with their usage.

As adults who have spent a fair portion of our lives online, we know how easy it is to take a wrong turn online and end up on a website that is either questionable in content, wildly inappropriate or both. This is knowledge that comes from experience – experience that your kid won’t necessarily have.

They can be an unfortunate distraction

In a study run by Microsoft Corp., they found that the average attention span of a person is now eight-seconds, one second less than the attention span of a goldfish. While another study, which measured the way alert and notification interruptions affect user’s attention, found that, “Participants reported higher levels of inattention and hyperactivity when alerts were on than when alerts were off. Higher levels of inattention in turn predicted lower productivity and psychological well-being.”

Setting boundaries for your child is an important step when it comes to ensuring smartphone use doesn’t lead to negative behavioural effects. Making rules about their usage is a good way to avoid them developing unfortunate habits during their formative years. Rules can also help them to avoid growing dependent on the dopamine hit that comes with getting Likes on their posts.

The risk of cyberbullying and online harassment

While owning a smartphone will allow your child to connect with their friends, it also opens up another route of connection to schoolmates they may have toxic relationships with. In a 2017 report published by the Australian eSafety commission, one in five Australian young people (under the age of 18) reported being socially excluded, threatened or abused online. There’s also the possibility that your child could be the one instigating the cyberbullying.

Can you get the good without the bad?

Over the last few years, we’ve seen smart devices that are designed to be used by younger children come onto the market. These devices aim to give your child the perks of owning something like a smartphone, without the negatives.

Take Spacetalk’s latest smartwatch, for example. It’s designed to be used by children as young as five-years-old, giving them the ability to make calls and send messages, but only to contacts authorised by their parents or other caregivers (via the associated app). There’s also no open internet access, which means no social media.

This smartwatch also allows parents to set a “School Mode”, which, when activated by a parent, helps minimise classroom distraction by turning off chosen features. The smartwatch also features advanced GPS capabilities, enabling parents to maintain oversight of where their kids are.

Spacetalk’s smartwatch is a device that your kid can safely use, while also ensuring you can stay connected to them at all times. It’s like smartphone with training wheels – a great first step towards them graduating to a regular smartphone when they’re old enough.